I’ve just spent the past few weeks, relaxing, writing a little and playing a whole lot of Xbox-I’m playing the latest Lord of the Rings game, surely this can be considered as research hehe. In a sense it is, because I’m working through Nothing’s Prefect, where my main character Scott is a little obsessed with gaming, especially RPGs like LOTR: War in the North. I plan to do a rough first draft by the end of this month, still in holiday mode but I gotta do some writing and make use of some time as I listen to the cricket on the radio (go India!)

So, what were my top reads of 2011? Some are older books but I read them last year so they count for me. Here they are in no order…

A clever book that has a ‘Juno-ish’ feel about it, very smart-alec stuff. Soon to be a movie, you’ll see what I mean…

My first JC Burke book is a ripper-best interpretation of an outsider kid I’ve ever read, and he feels so real too. But the real twist comes at the end-a book that doesn’t necessarily have a likable character but fascinating nonetheless.

This is shaping up to be a masterful trilogy, I love the world that Brooks has created, a mixture of historical Europe and fantasy rolled into a lengthy and compelling book.

When you reach me by Rebecca Stead 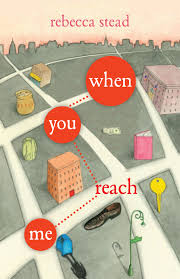 Wow, I didn’t expect the twist at the end, but the more I think about it, the more I admire I way this story as a whole, it creeps up with lots of mysteries that are solved in one excellent stroke, well played Ms Stead (who I met at the Reading Matters conference last year).

The Dead and The Fear-Charlie Higson

Two books that kept me up at night-from reading and nightmares hehe. I have a soft spot for zombies, make that scare spot actually, and these books about survival and true grit are just addictive. Violent and uncompromising, Higson gets better with every installment. 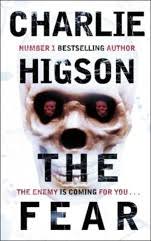 This is a book I wished I wrote hehe, what a clever concept and it’s done well. It’s captured primary school politics perfectly, almost like ‘Hating Alison Ashley’ and the rules are comedy gold, Jerry, gold! 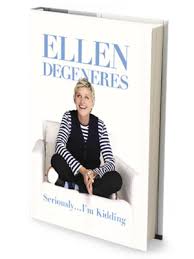 It’s not a kids book I know, but I just had so much fun reading this semi autobiography. Ellen plays around with the book format, tasty chapters that offer jokes on every page, delightful and daring!

So if you’re looking for some good reads this month, start here! But leave April free cos you’ll be reading my book, Punchlines then, lol.