It’s only been less than a day since I’ve landed back in Sydney, after another wonderful time in India. It’s my second time in three months, so why do I keep coming back?

It was my first time to Kanpur. Yeah, I’ve never heard of it either. In fact, most of the Indian authors have never been here either. Sure, it’s not well-known, judging from the lack of tourists and landmarks. But the city is known for street food, being close to the sacred Ganges (or Ganga as the locals call it) and carries a lot of history, especially with the rise of the Indian push for independence against British rule. 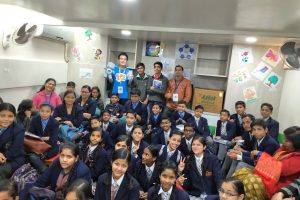 This was the backdrop for the Disha Literature Festival. I was invited on the back of my time at the NEEV festival in Bangalore, and you don’t need to give me anymore reasons to travel back to India. Indian kids are next-level cHEwY gum gums, fans who are hungry to learn how to be better writers. They are polite and attentive. There’s a strong sense of respect to teachers and elders, and I found myself not trying so hard to grab their attention. I already had it. Plus they don’t hold back when it comes to questions. Over the 2 days, I was asked some of the best questions that I’ve ever been asked. Some kids about my writer’s philosophy, others about my desire to write.

The theme of the literature festival is The Dream We Carry…and the guest speakers and authors are called dream carriers. I’ve never thought about myself being a dream carrier, but I guess I am haha. I mean, these kids really see authors as a legit profession, already buoyed by the local Indian authors who make up most of the line up. But they also understand how privileged they are, humbled and in awe with every guest. 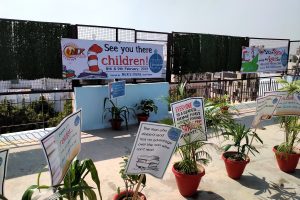 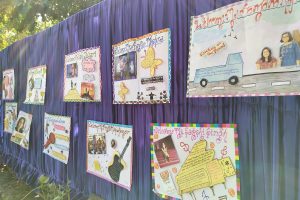 The inspiration for writing is a two-way street. I’m also getting ideas from these students, and from walking around Kanpur. Another reason why I love India is that I get an insight of what a child’s life is like here. Of course, it is only one kind of insight, because they can afford to go to school. Still, I get to travel to a whole new world, and see things from a different perspective. Some things are universal like embarrassing families and parents who want their kids to be doctors (Con-nerd is a hit here haha), Laughter is very much an universal thing too.

So it was pure joy to chat to kids, give them advice, sign their diaries and notebooks and just make their dreams a step closer to reality. These were not just jaded kids who wanted something signed for the sake of it. You really get a sense that they’ll cherish it.

Of course, I’m also here to learn more about the Indian literature scene and culture too. I loved hearing one of the storyteller masters, Geeta Ramanujam perform one of many enthralling stories. Yeah, storytelling is an actual subject at school! One of my favourite Indian authors is Chetan Bhagat (romcom legend) so I grabbed his latest title, The girl in Room 105. It was fun to see familiar faces from NEEV literature festival such as Shabnam Minwalla and meet some new ones such as Ishita Katyal, a young motivational speaker who’s already created waves at TEDx conferences and Eshan Sharma, who writes for a cool Australian-Indian magazine here. 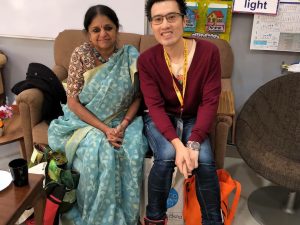 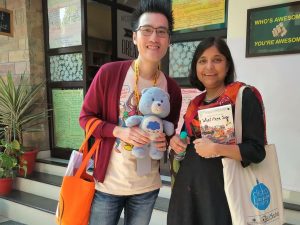 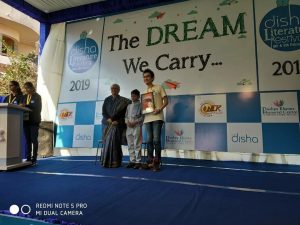 I had a great panel discussion about why kids should read, and why they’re not, and it could have gone for hours hehe. We may be on the other side of the world, but the anxiety of why kids are not reading is still being felt here. Reading has become an acedmic chore and we need to bring back the joy of reading into not just children’s but also adults lives. More on this on a later blog post hehe.

My trip may have only been 5 days, but it was a blur in the best way.  I tried to be as adventurous as I could in my limited free time. I roamed the local markets, soaking up the noise and scents. I lost count of all the cows that were a part of the traffic. I had some of the best Indian food ever with street foods such as chaat, which I describe as sweet.crunchy, spicy, all at once. (Yes, I do eat more than just burgers, though I did indulge in some KFC and Pizza Hut too haha) 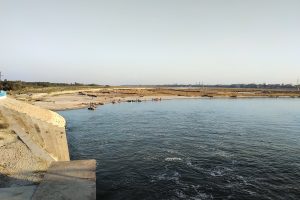 India finds a way to stay in people’s souls. Yeah, I thought it was a cliche too, but to me India strokes a curiousity that no other place can. On Day 1 of the festival, I had a spare 2 hours, so my guide and I hopped in a car and I spent an afternoon, walking near the Ganga river. It was a quiet time of the day as the sun began to set. I gazed at people swimming in the sacred water and well…they’re living postcards that will stay with me forever. You can call me a dream carrier, but I’m also holding on tranquil moments like these, in case they sprout ideas for future cHEwY creations.