I can tick off another region on my Australia map, thanks to the Burdekin Readers and Writers Festival. I caught a plane with Warren Mundane from Sydney, where it was 14 degrees and flew up to Townsville where it was more than double the temperature haha. Oh the humidity!

Then we got picked up in a car and headed down the highway for an hour to Ayr, a small regional town that is punching above it’s weight when it comes to having things. I’m not talking about the fact that they have a McDonalds, KFC, Red Rooster and Dominos Pizza in town (though I won’t lie, that is important to me haha). They also have a cinema, one performance space (where they were performing Dreamworks’ Madagascar) and a proper theatre too. 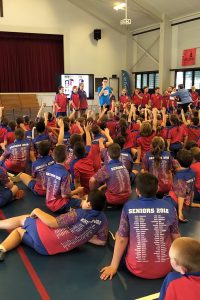 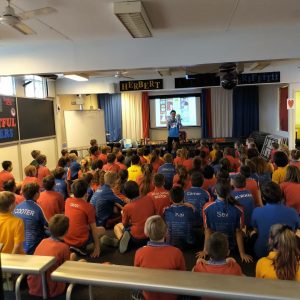 The Burkedin Theatre was the hub for the adults program held on the weekend, which I didn’t attend, which is a tiny shame because they had an awesome line up. Michael Robotham, Fiona McCallum and Matthew Condon, just to name a few. I was only there for the schools day on the Friday, where I did three sessions in different schools around the area, Home Hill, St Francis and Ayr State School. I love visiting regional areas as you hard-core cHEwY gums gums may know, so this was a breeze (not literally because it was still stinking hot haha). Though we did get snow. Kind of. Burdekin snow, the ash that falls when there’s a massive sugar cane burning off in the distance.

What I love about these regional festivals are the locals who will drive you, greet you, or just strike up a random conversation with you. A few used to be teachers themselves, and they had some stories to tell. Some of them even wanted to touch my hair (they’re not the first haha). They treat you like you’re one of the extended family. Some guests had an actual connection with Ayr though. Both Melina Marchetta and Allison Tait had family up here, so they treated it as a mini reunion too.

It was also nice to catch up with Melina, Allison, Jacqueline Harvey and Michael Gerard Bauer. Over lunch and dinner, we gave each other updates on what we’re doing, as well as some industry goss haha. Unlike other small towns I’ve been to, I wasn’t just confined to my motel room this time around, there were events and meals with fine company. 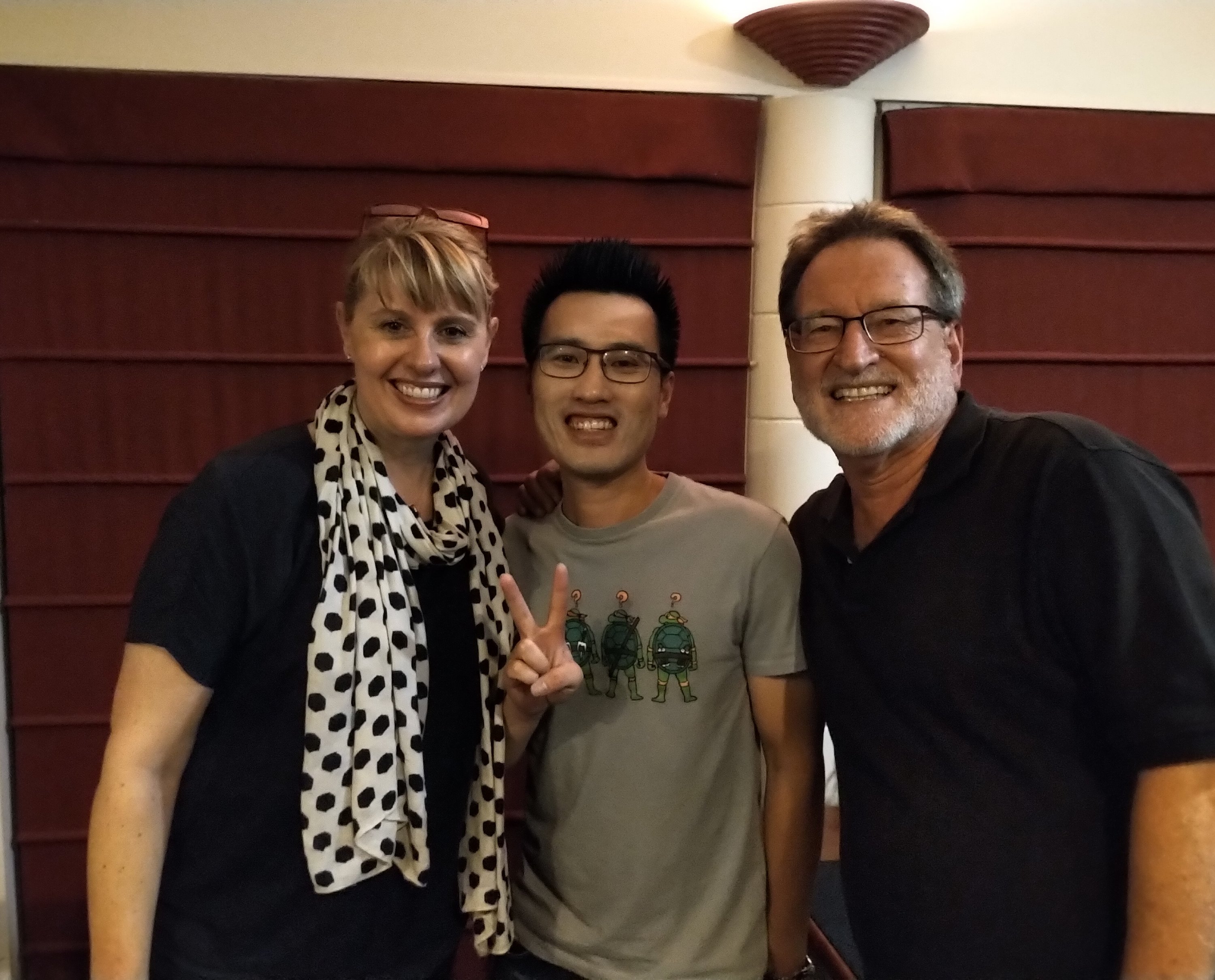 Now usually the kids program and adults section never mix, but a few of us managed to stick around on Friday night, for the opening party. A blessing in disguise because it gave me a chance to see a few of the adult authors. Funny historian, David Hunt said he liked my work, now that was a blushing moment haha. This opening party was held outside the theatre, under the stars…I mean ominous storm clouds. Yes, this region is in drought, but funnily enough God provided quite a light show, with lightning in the background as Jay Laga’aia entertained us with a few songs. We all became weather forecasters, making bets on when the storm would hit, counting the seconds between lightning and thunder, or whether the birds were making any noise or not. But before the clouds gave way, we were treated to a Spanish dance group, as well as some nice quick talks from David and Caroline Overtington who admitted something so random that I feel it’s best to say you HAD to be there haha. 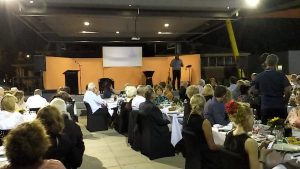 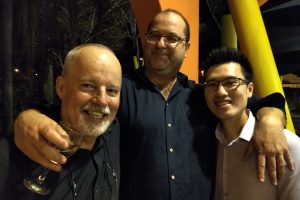 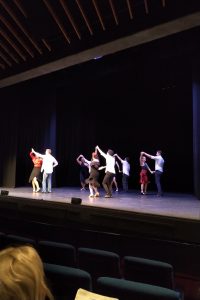 Then one of the founding committee members gave us a history of how this festival came about. She told us about how a bunch of keen readers thought they should have a crack at organising a writers festival. I wonder if this how many of the regional festivals started? Then the writers’ brain inside me clicked as my ‘country kid in a small town’ creation, What About Thao came to the forefront. What if…mmmm. I jotted some mental notes and filed it away. All of these observations will come in handy. 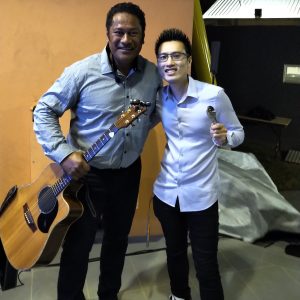 So I got a tiny taster of the adult program, mingling with these other authors and also hearing some of them speak. Dare I say, I even danced with them on stage haha. But I have to give the Burdekin Readers and Writers Festival props for acknowledging us on the opening night. Not only we were given an introduction and spiel, there was also a video filmed by some high school students, of us doing our stuff at the various schools. I reckon for some of the audience there, it was probably the first time they saw authors in action at schools. They probably thought…wow they do have a large captive audience, and oh why does that spiky hair guy have so many toys on stage haha.

This blurring of the kids and adults program was cool, even if it was unofficial, but we were being recognised and that was more than what other festivals would have done. As Michael Robotham said to me, children authors like me were creating their future readers. I couldn’t have said it better myself.