I’m working through the third draft of Bookish, it’s a nice phase to be in. Adding new scenes, polishing old ones. Basically all the hard work is done, now it’s just the touch up before I give it to my agent.

As you know, Jamie from Bookish is obsessed with books (duh!) and he talks about books that he’s read over and over again. 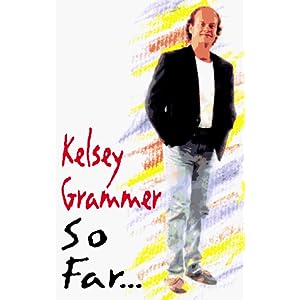 Apart from the Bible, the book that I revisit every few years is So Far by Kelsey Grammer. I bought the book when I was in high school, it was a couple of bucks in a bargain bin. I thought it would be a funny book because I loved Frasier. It was anything but funny. You can go on his wikipedia for a quick recap but I admire Kelsey’s resilience to bounce back and advance his career. You always learn something new when you’re re-reading books. I mean, sure, you’re familiar in some areas but then you’ll discover a fresh perspective or part. I recently read it again, for the tenth time and found out that Kelsey’s always had a firm belief in God. It didn’t strike me a few years ago, but now it added an extra layer to the trials that he went through later in the book. I dunno, maybe it’s because I’m in a different part of my life too.

Maybe it’s different when you re-read a narrative. I’m about to embark on re-reading the whole ‘Tomorrow When the War Began’ series, books I adored when I was in high school. I’m hoping to learn a few more new things too from one of the masters, John Marsden 🙂

So have you guys got a book that you read over and over again? Do you learn anything new from it? And what keeps you reading it?